read more about the historical figures who appear in 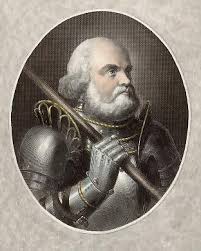 Goetz of the Iron Hand [1480-1562] - owed his warlike nickname to his false right arm shot away during the Warof Landshut [1503-05]. This ingenious metal prosthetic was fitted with a complex array of levers and gears that allowed Goetz to hold a lance, sword , pen or a hand of cards and this allowed Goetz to continue his notorious career as a robber baron. After learning his martial trade in the ranks of the Holy Roman Emperor's armies, Goetz formed a band of mercenaries and hired himself out to the highest bidder. The profits from these ventures allowed Goetz to buy a number of castles which he used as bases to terrorise the local population. During the Great Peasant's War Goetz was 'forced' to lead a peasant army known as the Bright Band but he abandoned his men at thee earliest opportunity and joined the aristocrat suppressing the rebels. Despite a lifetime of warm feuding and betrayal, Goetz died peacefully in his bed and is now remembered as a sort of Renaissance Robin Hood. 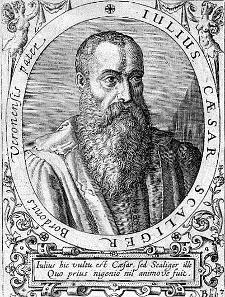 Julius Caesar Scaliger [1484-1558] was an Italian scholar, theologian, alchemist and physician who, claimed to be a  descendant of the Lords of Verona. The Scaligeri had indeed ruled Verona during the Middle Ages, until they were driven out by an angry mob, but this did not stop him from insisting that the city his birthright. Scaliger also boasted that he was related to the Holy Roman Emperor Maximilian I and that he'd studied art with the German master Durer before enrolling in the University of Bologna. Later he took Holy Orders, in the hope he'd become pope and recover the Lordship of Verona by his own papal decree, but he abandoned this plan in order to study medicine. Scaliger left Bologna in 1519 to become physician to the Italian born Bishop of Agen Antonio della Rovere. Scaliger remained in Agen for the rest of his life and besides fathering 15 children, including the noted astronomer Joseph Justus Scaliger, he published several important philosophical works. 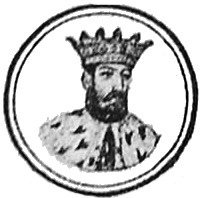 Mircea III Dracul [b.? d.?]- very little is known about this shadowy 16th Century prince of Wallachia  (now Southern Romania) except that he succeeded his father Mihnea cel Rău (Mihnea the Evil) as hospodar in 1510. We also know that Mircea's grandfather was Vlad III Dracula Tepes (Vlad The Impaler who is generally regarded to be the inspiration for Bram Stoker's fictional vampire) and that Mircea's wife, Maria Despina, bore her husband two sons, Alexandru II Mircea and Peter the Lame, but no daughters. If one legend is to be believed, it is seems that Mircea inherited the Drăculeşti family's propensity for violence as he personally strangled the boyar nobles who'd assassinated his father with his bare hands. As no known contemporary picture of Mircea exists, the portrait shown left is of his son Alexandru. 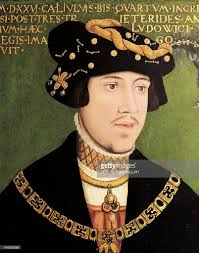 Louis II King of Hungary [1506-1526] - born prematurely, Louis owed his life to being wrapped in the warm carcasses of recently slaughtered animals and perhaps this was an omen. Though Louis father tried to ensure a smooth succession by having his son crowned whilst his father still lived and marrying Louis and his sister to children of the Hapsburg Emperor (Mary and Ferdinand of Austria respectively) Louis' reign was marked by constant crises. The years of civil war had drastically weakened the monarchy and left much of the country in the hands of almighty warlords. Such a fractured kingdom was in no position to defend itself from foreign invaders and when the Ottomans attacked (as per the terms of the Sultan's secret treaty with France) Louis could only muster barely 25,000 men to fight for his realm. 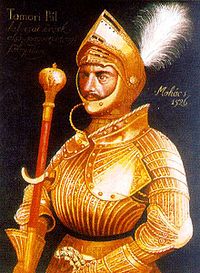 Pál Tomori [c.1475-1526] - was a Catholic monk and Archbishop of Kalocsa in Hungary. In 1523, he achieved lasting fame as a warrior-priest after he defeated an Ottoman army near Sremska Mitrovica and among the legends told about him are that he'd sworn only to wear a full suit of armour or a monk's habit until the Ottoman invaders had been defeated. It was also said that, although he'd been born into the life of idleness and comfort enjoyed by Hungary's nobility, he'd rennonounced his wealth and titles and his wife had been killed during an Ottoman raid. Whatever the truth about Tomori's early life, in middle age he became one of Louis II's most able commanders and he led the massed ranks of Hungary's heavy cavalry in person  at the battle of Mohacs [1525]. 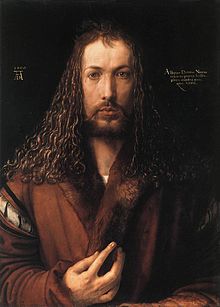 Albrecht Dürer [1471-1528] - though born in Nuremberg, Germany's leading exponent of the classical Renaissance came from Hungarian stock and his ancestral home was the village of  Ajtós, near Gyula, on Hungary's border with Transylvania. The Dürer name is a German translation of Ajtósi, which means door-maker, but Dürer's father, also called Albrecht, was actually a goldsmith. Albrecht the Elder taught his son the art of drawing and it was long before Albrecht the Younger was being lauded as a child genius. After completing his apprenticeship, Dürer travelled extensively to perfect his skills and was schooled in the classical traditions of the Renaissance during several excursions to Italy. His prodigious talents soon brought wealth, fame and the patronage of the the Holy Roman Emperor but his marriage, to Agnes Frey,  produced no children.  Though he died relatively young, aged just 56, he left behind an enormous body of work, including a best selling autobiography, and his influence on Western Art is almost beyond measure. 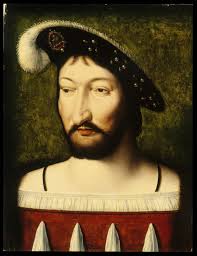 Francis I King of France [1494-1547] - was the epitome of a French Renaissance monarch. A patron of the arts, he gave Leonardo da Vinci a handsome pension as well as a palace near his own in which to spend his retirement but on the battlefield Francis' reign was marked by disaster as well as triumph. When he became king in 1515, Francis inherited the protracted struggle with the Hapsburg Empire for dominance of Europe and whilst his initial campaigns met with spectacular success, his ambitions to wrest Italy from the Hapsburgs ended in his total humiliation. As a chivalrous prince should Francis often lead his men in person but at the Battle of Pavia [1525] he was captured and his army annihilated. Whilst in a Hapsburg dungeon, Francis mother negotiated a secret alliance with the Ottoman Empire to launch a two pronged attack on Hapsburg territories but, ultimately, the only casualty of this unholy alliance was the once powerful Kingdom of Hungary. 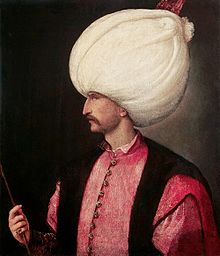 Suleiman the Magnificent [1494-1566] - arguably the greatest ruler of the Ottoman empire in all its long 600 year history, Suleiman consolidated his father's conquests in Egypt and Mesopotamia whilst launching new offensives against the Christian kingdoms of Central Europe. Though he failed to capture Vienna, his ultimate objective, Suleiman succeeded in adding the greater part of Hungary to his domains as well as bringing rebellious vassal states such as Bosnia and Wallachia under Ottoman control. At home Suleiman reformed his empire's civil and penal codes, earning him the title 'lawgiver', and reinforced his reputation as a cultured poet and goldsmith by ushering in the Golden Age of Ottoman art. Breaking with tradition, he married a Ruthenian-Polish Christian slave from his harem, named Roxelana, who converted to Islam,. Their son Selim II succeeded Suleiman following his father's death in 1566 after 46 years on the throne. 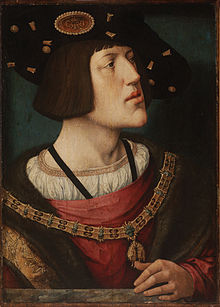 Charles V [1500-1559] - the portrait (left) was painted in 1519, the year Charles of Hapsburg was elected Holy Roman Emperor. Through the use of enormous bribes, Charles defeated both the French king Francis I and the English king Henry VIII but  his election was never really in doubt. Charles' grandfather was the Emperor Maximilian and he was already King of Spain by virtue of his father's marriage to the Spanish princess Joanna. The union of the Spanish Empire, with its growing number of wealthy colonies in the Americas, and the Holy Roman Empire's German, Austrian, Burgundian and Italian territories created a 'superpower' but his vast dominions did bring Charles peace. His reign was characterised by constant warfare with his dynastic enemies, the Valois kings of France, and the expanding Ottoman Empire of Suleiman the Magnificent. Eventually the strain proved too much; crippled by gout Charles began abdicating his thrones, leaving his Spanish possessions to his son Philip in 1554 and the Holy Roman Empire to his brother Ferdinand in 1556. For the last two years of his life, Charles lived alone in the Monastery of Yuste. where his only companions were the clocks that lined every wall of his otherwise unadorned cell.