A BRIEF GUIDE TO THE SULTAN’S ELITESLAVE SOLDIERS 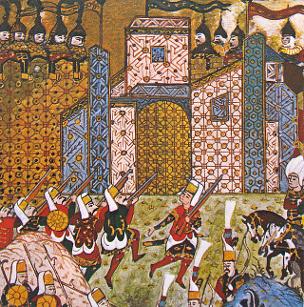 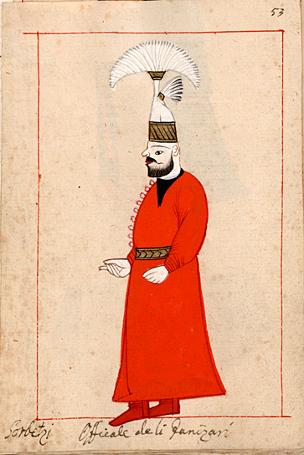 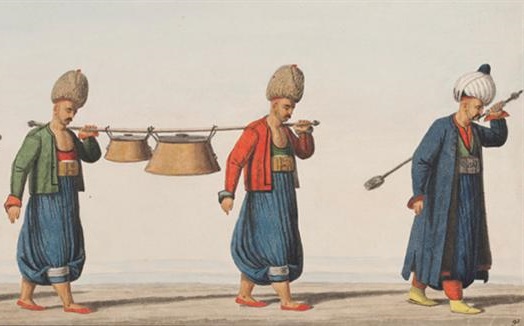 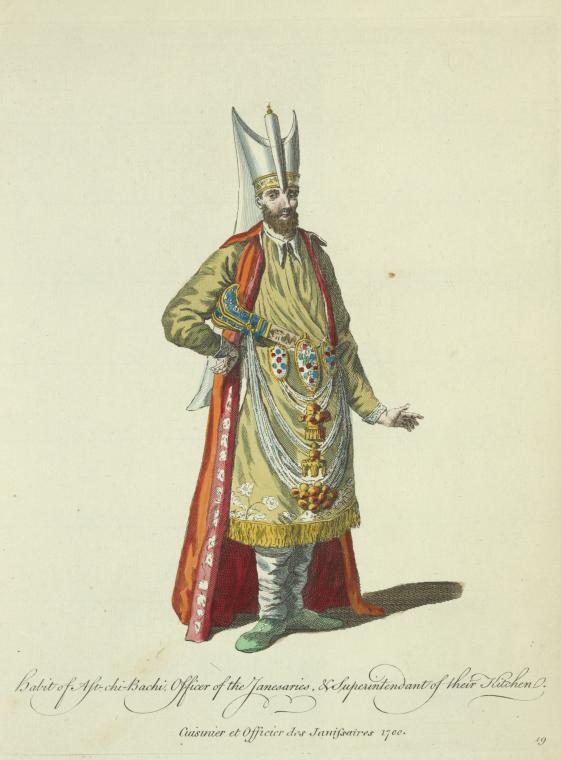 Though it was Napoleon (or Frederick the Great) who first coined the phrase “an army marches on its stomach” no military formation in history has placed more emphasis on food than the elite Janissary Corps of the Ottoman Empire.

Formed in the 14th Century, to serve as the sultan’s personal army, the janissaries were supposed to operate outside the system of Ottoman feudal loyalties and, so as to achieve this, all janissaries were recruited from the non-Turkish (especially Christian) slaves paid as tribute by the conquered peoples under Ottoman rule.

The word janissary literally means ‘new soldier’ and the system of forced conscription, known as the devşirme (blood tax), took boys of around 9 years old from their families and converted them to Islam before training them in the arts of war. Forbidden to marry and housed in communal barracks, every janissary was the personal property of the sultan so how did these slave-soldiers become an elite fighting force with the power to depose their almighty master?

The answer was to foster a potent spirit of comradeship whereby every janissary thought of his brothers-in-arms as his family. To underline this kinship, the janissaries’ military vocabulary and symbolism drew heavily on that of the kitchen…

1. Spoon Fed – the strangely shaped hat, called a börk (felt), was supposed to represent the shirt sleeve of the semi-legendary Islamic theologian Haci Bektas Veli whose teachings were very popular among the janissaries. Whatever the truth of this story, the börk was decorated with an ornamental kaşık-lık (spoon holder), to show that all janissaries were ‘messmates’.

2. Hearth & Home - The domestic nomenclature was also applied to the janissaries’ ranks and organisation. The Janissary Corps as a whole was called the Ocak (hearth) and each orta (regiment) was commanded by çorba-başi (head of soup) assisted by a sekban-başi (head of hunting-hounds). Non-commissioned officers bore such titles as sakka-başi (head water-carrier), karakullukçu (scullion) and aşçi-başi (master cook).

3. Pot Boys - throughout history, different armies have used everything from gilded eagles to brightly coloured banners to embody regimental spirit but the pride of each orta was its great copper cauldron called a kazan. Since ancient times, metal cooking pots had been prized by the nomadic tribes of Asia, from whom the Ottoman Turks were descended, and the sultan’s title among the janissaries was bizi besleyen baba or ‘the father who feeds us’.

4. Carrying the Can - on the march, the kazans were carried in the place of honour at the head of the regiment. In camp these cauldrons were placed in front of each çorba-başi’s tent to serve as a rallying point and the worst crime any janissary could commit was to allow his regiment’s cauldron to be captured by the enemy. If a kazan was lost in battle, all the regiment’s officers were dishonourably discharged and the orta forbidden to parade in public with its replacement.

5. Trouble Brewing - the regimental cauldrons also played an crucial role in displays of loyalty to the sultan. Every Friday, the Muslim day of prayer, the janissary regiments stationed in Constantinople marched with their cauldrons to the palace kitchens where they received their ceremonial ration of pilaf (a stew of mutton and rice or bulgur wheat). There was great symbolism attached to this humble task: if an orta’s janissaries hesitated before accepting the handout, or if they failed to appear at the appointed time, it was a sign that the regiment was on the point of mutiny.

6. Going to Pot – if the sultan failed to address the janissaries’ grievances, they declared a mutiny by kicking over their cauldrons and marching to the meydani (the Hippodrome racetrack built by the Byzantine emperors). Such was the symbolic authority of the kazan, a mutinous orta only had to steal the cauldrons of other ortas to force them into joining their rebellion.

7. Out of the Frying Pan – even in provincial towns the cauldrons had a ceremonial function. The janissaries often operated as a police force and, every day, two janissaries carrying the kazan on a long pole, led by a third man bearing a giant ladle, paraded through the town taking food to their comrades on patrol. Whilst we’re on the subject of policing, the cauldron also served as a place of sanctuary and, by hiding underneath it, any janissary accused of a crime was spared summary execution.

8. The Main Course – for at least two centuries, the janissaries were the Sultan’s most loyal, and most effective, troops and it’s a paradox that they were all slaves drawn from the conquered peoples of the Ottoman Empire. However, the janissaries’ servile status did not prevent some from becoming extremely rich and powerful. Despite being slaves, all janissaries were well paid, exempt from taxes and expected to receive a bounty on the accession of a new sultan. In fact, failing to pay the bonus was a frequent cause of janissary mutinies. Moreover, many janissaries were appointed to lucrative governorships and other positions of political power, which caused considerable resentment amongst ambitious, free born Turks.

9. Just Desserts – Turkish volunteers were first admitted into the Ocak in 1594 but once being a janissary became a way of advancing a civilian career this formerly invincible military force began to lose its effectiveness. Few free-born Turkish janissaries were willing to submit to the harsh discipline applied to slaves and they insisted on being allowed to marry, live outside the communal barracks and enjoy all the privileges of being janissary without having to actually fight.

10. From Soup to Nuts - like the Roman emperors’ Praetorian Guard and the Knights Templar of medieval France, the Janissary Corps gradually became a ‘state-within-a-state’ with hereditary membership and a reputation for decadent living that disguised their enormous power. By 1826 the janissaries had become such a barrier to reform, Sultan Mahmud II decided to abolish the Ocak in what became known as ‘The Auspicious Incident’. Naturally, the edict disbanding the 135,000 'brothers-of-the-spoon' met with violent resistance and Mahmud was forced to execute 6,000 leading ex-janissaries in order to regain control of his own empire.

Back to Historical Background Page 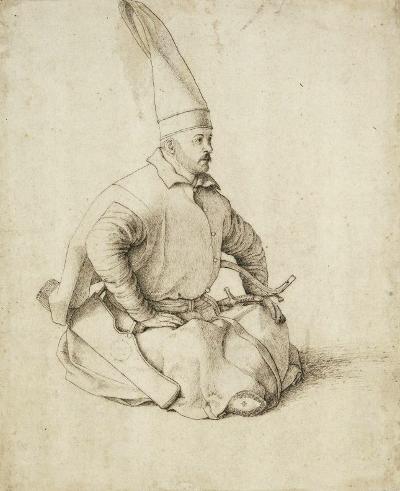 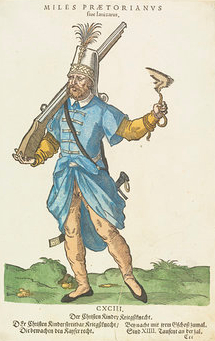