FOuR MEN SENTENCED TO DEATH FOR  CRIMES THEY DID COMMIT! 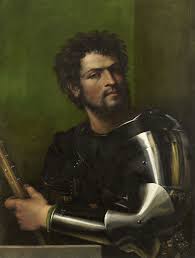 Born in the first years of the 16th Century, Thomas Devilstone was raised in the wild border country between England and Scotland. Though his ancestors were once wealthy nobles, the Devilstone family had known nothing but poverty for generations and, until his untimely death in a border skirmish, Thomas' father had served the powerful Percy family as a humble man-at-arms. After the death of her husband, Thomas' mother was determined her only son should not suffer the same fate and she used the last of the Devilstone fortune to send Thomas to Italy. She hoped he'd become a doctor but Thomas soon tired of his medical studies and found more to interest him in the taverns and brothels of Padua. it was here that Thomas met the notorious necromancer and scholar of the occult Cornelius Agrippa and agreed to become the great man's apprentice. 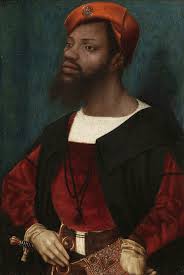 Born into the Royal House of Dotawo, and named Djoel after his father the king, Prometheus was just a boy when his desert homeland was invaded by the Funj. This pagan tribe from the marshes of southern Sudan swiftly conquered the last Christian kingdom of Nubia and to secure an alliance with the Muslim Turks, recent conquerors of Egypt, their leader converted to Islam.Now a fugitive in his own country, the rightful heir to Dotawo's throne sought refuge in a desert monastery and after his father was killed fighting the Funj, his son continued the struggle. Having taken an oath not to use his royal name until the hated Funj were defeated, the tall and powerfully built Djoel II adopted the nom de guerre Prometheus but on the point victory this new Titan was betrayed and sold into slavery. For two years Prometheus toiled in Turkish galley but he escaped to England where he eked out a living in the boxing booths of Southwark.

As soon as he was old enough, Luis Quintana ran away from the Lisbon foundling home where he'd been left as a child. For several years he lived by his wits but as the authority's net tightened Quintana had no choice but to flee. He signed on as a gunner with one of the Portuguese fleets exploring the east and spent some time in China and the Indies before returning home. Unfortunately those he'd wronged had long memories and Quintana was forced into exile once more. He too sought refuge in England where, through a judicious use of bribery and blackmail, he secured a place as a captain in Catherine of Aragon's personal guard. Unfortunately Quintana found himself caught in the worsening war between England's king and queen, accused of adultery with Catherine's maid, Quintana was arrested and sentenced to death for high treason.

Despite standing well over six feet tall, and boasting flaming red hair to match his violent temper, Bos de Vries had intended to become a Catholic priest but the outbreak of the bloody Frisian Rebellion changed the young seminarian's life forever. The Hapsburg Emperor's attempts to add the marshes and islands of the Dutch coast to his imperial possessions was met with violent resistance but the revolt was finally crushed by the Black Band, the most ruthless of the emperor's mercenary armies. Abandoning the path of peace Bos joined the rebels and fought with distinction but the collapse of the rebellion forced him to flee to England. He settled in East Anglia and it was here that he was converted to the new theology of Martin Luther. Becoming a passionate evangelist for the new religion, Bos began to preach Protestantism across England but his heretical harangues led to his arrest and a sentence to death by burning.